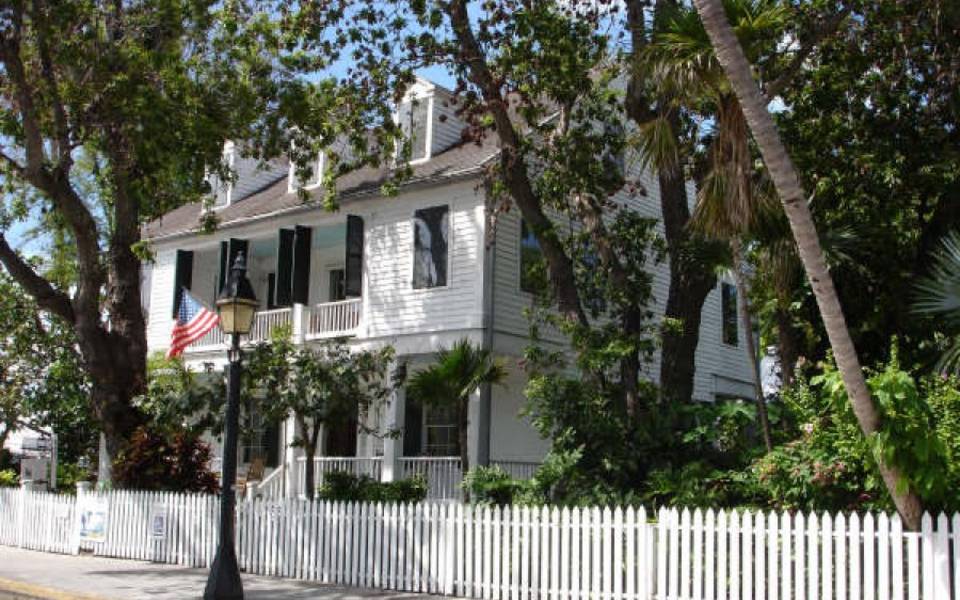 Details Likes
The Audubon House is an elegantly restored 19th century Bahamian-Greek Revivalhome,decorated with antiques of the period, someowned by thefirst owners, the Geiger family,and original John James Audubon engravings. It is surrounded by a one-acrelush tropical garden filled with orchids, bromeliads, fruit trees, akoi pond, and the new 'Cook House' recreation (October 2012) of an outdoor kitchencommonduring this time period. The museum is dedicated to the famous naturalist, John James Audubon, who visited the Florida Keys and Key West in Spring of 1832. Audubonfound and drew 25 new birds for hisworld-reknown book the BIRDS OF AMERICA.Including some of his most famous images, the Great White Heron with Key West in the background, theRoseate Spoonbill, the Brown Pelican, and the American Flamingo. The house and gardens that Audubon visited belonged to Captain John Huling Geiger,a 'Wrecking Master' and Key West's first harbor http://pilot.Captain Geiger was an accomplished sailor who became amaster in the salvageof shipwrecks on the treacherous local reefs,called 'Wrecking'. He amassedgreat wealthfrom this industryand built the beautiful home at 205 Whitehead Street, which is now called the Audubon House. The homeremained in the Geiger familyand occupieduntilthe last descendant passed away in 1958. Thehouse was slated for demolition to make way for a gas station,until alocal couple, Frances and Mitchell Wolfson, decided to save the historic home and purchasedthe propertyto create a museumdepictingKey West's History during its reign as the wealthiest city in the United States and to commemorate John James Audubon's visit during that time. The house was fully restored andtherebylaunched the localhistoric preservation movement of which itremains the'Jewel'. Visitors are welcomedwith a brief 10-15 minute guided tour, then encouraged toexplore the magnificent,three-story home, authentic cook house, beautiful tropical gardens, eclectic gift shop and theAudubonFine Art Galleryin a relaxed island style from 9:30 a.m. until close at 5 p.m. daily. Every day of the year with the exception of Christmas Day. Come see the bestof Key West.