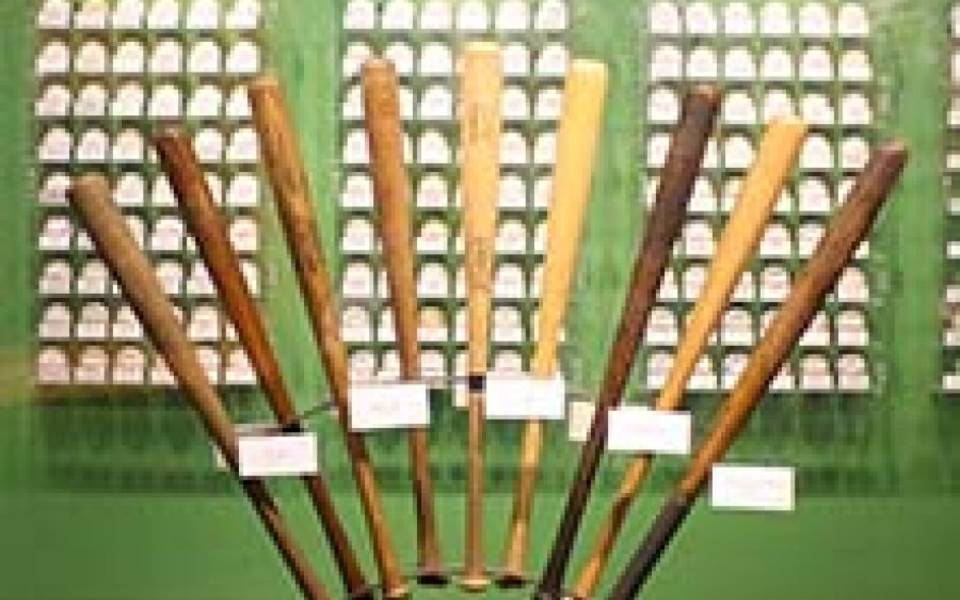 Your home for Art, History, and Technology on the Treasure Coast of Florida...the Elliott Museum in Stuart features a stunning collection of classic cars and trucks, baseball memorabilia, and local history. Through interactive programs and exhibits throughout the year, the museum seeks to inspire creativity for all those who live in and visit the Treasure Coast.

Stuart, Florida, and the surrounding region have long been enriched by seasonal residents. Harmon Elliott, son of prolific inventor Sterling Elliott, was among those who have made a mark on this area. To celebrate his father’s work and bring an educational and cultural resource to the region, Harmon provided the principal funds for the original Elliott Museum. In this tribute to his inventive spirit, visitors can learn about how Sterling Elliott was a problem-solving inventor, risk taker, politician, publisher, and social activist.

The Stuart Main Street gallery immerses visitors in historic Stuart and the vehicles that were then part of people’s lives, here and across the nation. Recreated facades of the historic Citizens Bank, the Walter Kitching Store, and Krueger buildings harken back to a time when Stuart was emerging as the thriving community it is today. Visitors will see not only the earliest pioneer motor vehicles that changed Martin County’s and the nation’s dependence upon the horse, but also will learn how Model T Fords eventually brought rural dwellers into town and how trucks changed domestic life by delivering goods and services to homes.

Visitors will learn how development of commercial and personal transportation had an impact on people’s lives and America’s culture in a dramatic fashion. These are “everyman” vehicles, once owned and cherished by small business owners and municipalities as they looked to create a more professional presence for themselves and expand their own reach. Our three-level car racking system holds over fifty vehicles, and is the only one of its kind in an American museum. Visitors watch as vehicles come down on a robotic tray and rotate on a turntable.

The Elliott Museum is a very organic building. Not only is it an award-winning “green” building, it was designed to blend in with the landscape, matching the colors and mimicking the textures of sand and local rock. On the northwest corner of the building, in front of the Studio at the Elliott, an installation of colorful beams of different lengths are carefully arranged and painted to take the viewer’s eye on an exhilarating ride. It is the work of artist Peter Freudenberg who had been creating this sculpture in his mind for many years, and who donated this signature work to the museum.

Hugh Willoughby, a resident of Martin County, had a lifelong passion for aviation and owned 14 different patents for aircraft devices. Soaring overhead the Stuart Main Street gallery visitors can see a full scale replica of the Pelican Hydro-Aeroplane that Stuart resident Hugh Willougby designed in 1910. The replica was fabricated by Ken Kellett who also built the first airworthy replica of the Wright Brothers 1903 Flyer and also was the first person since the Wright Brothers to actually fly the aircraft.

The Elliott Museum has a comprehensive signed collection of baseball-related items including autographed baseball cards, baseballs, bats, and other artifacts. The collection of autographed baseballs now numbers more than 250. The collection sports signatures by players from the Major Leagues, the Negro Leagues, and the All-American Girls Professional Baseball League (AAGPBL). Among the most famous players represented are: Ray Dandridge, the Negro League; Hank Aaron, the Negro and Major Leagues; June Peppas (AAGPBL); and Jackie Robinson, Nolan Ryan, Ted Williams, Derek Jeter, Bob Feller, Ralph Kiner, and Babe Ruth of the Major Leagues.

Tantalizing tidbits of the Treasure Coast history in this gallery include archaeological artifacts from Native Americans and shipwrecks; artifacts from early agriculture, fishing, tourism, and recreational boating; and items from the start of industries such as Grumman Aircraft and Whitcar boat builders. The exhibit even includes voting machines from the controversial 2000 US Presidential election.

Outrigger Exhibit: A Tribute to Frances Langford and Ralph Evinrude

Beloved local celebrity Frances Langford is remembered in an exhibit featuring items from Langford’s Outrigger Restaurant, as well as personal items commemorating her career as a radio, television, and movie star. Due to Frances Langfords marriage to Ralph Evinrude, the exhibit is paired with the evolution of Evinrude motors and their impact on Martin County and maritime history.

The research library and archives of the Historical Society of Martin County contain more than 30,000 items. These references and rare books, newspaper clippings, maps, photographs, and historic documents range from the early 1900s to the present and tell the history of Martin County and its surrounding areas. Volunteers are working hard on organizing the Thurlow Library and Archives to eventually allow more than half of this content—some 15,000 to 20,000 documents—to be easily and readily available to the general public by appointment.