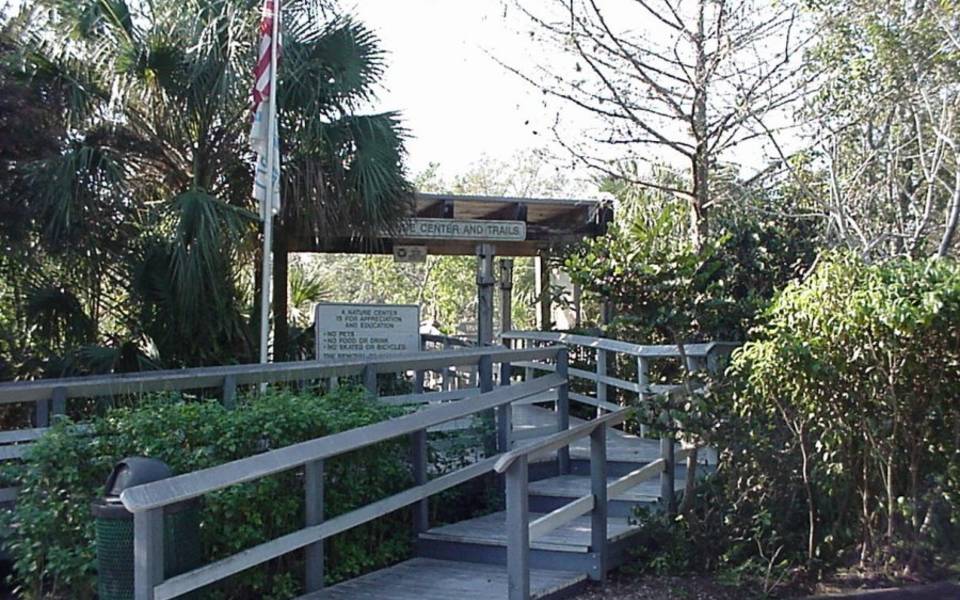 Details Likes
This 247.1-acre park, a designated Urban Wilderness Area, opened in November 1985 and comprises 10 plant communities, making it one of the finest examples of preserved native plant communities in South Florida. These habitats are the focus of Fern Forest's several trails. The one-mile Prairie Overlook Trail loops through an open prairie and an oak/cabbage palm community and includes a 20-foot-tall observation platform. The Cypress Creek Trail is a half-mile wheelchair-accessible boardwalk through a low hardwood hammock and a maple/cypress community. The Maple Walk covers a third of a mile of red maple swamp and is often soggy -- boots are recommended. The Wetlands Wander is an interpretive trail that runs an eighth of a mile, and the Sensory Garden Trail provides a quiet area for relaxation and reflection. The first floor of the nature center's main building includes an amphitheater (capacity 120) that's open on three sides, and there's an exhibit room that features interpretive displays on the park, as well as native reptiles. The second floor offers the 2,343-square-foot Royal Fern Hall (capacity 120-175), an assembly hall with fully equipped catering kitchen and buffet counter. Near the nature center's entrance is a rental pavilion (capacity 20-40) with eight picnic tables, water, and electricity; a nearby picnic area has six tables, available on a first-come, first-served basis (no grills or fires are permitted). Fern Forest also includes a sculpture behind the main building that's part of the county's Public Art and Design program: "Fern-Lore Guardian," which consists of two small bronze pod forms created by artist Jerome Meadows and installed in December 1993. Scientists from Florida Atlantic University and Broward Community College who visited the site that is now the nature center in 1979 indicated that they had discovered "over 200 species of plants, and the list grows with each visit," and characterized the site as "the last remaining stronghold of ferns in southeastern Florida." The park was previously known as Cypress Creek Hammock, a nod to its status as a remnant of the Cypress Creek drainage system, authorized in the early 1900s as a way to create more land suitable for farming. The surrounding area had a long history as farmland, dating back to the 19th century, first for such crops as pineapples, tomatoes, beans, and peppers, later for dairy farming. Portions of the area were also home to logging and milling operations in the 1930s.