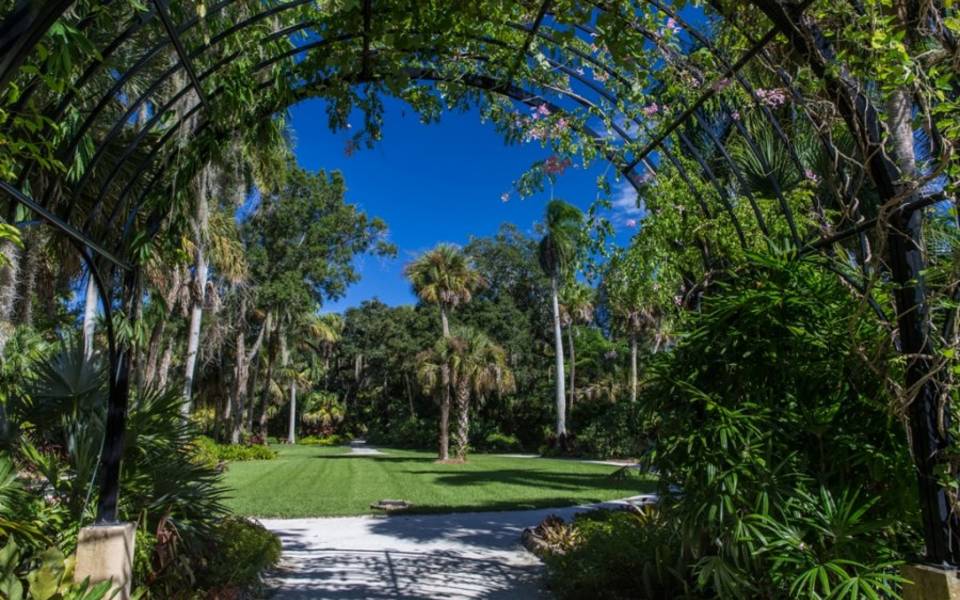 Details Likes
In 1932, Arthur G. McKee and Waldo E. Sexton opened McKee Jungle Gardens on an 80-acre tropical hammock in Vero Beach, Florida. The two land developers employed landscape architect William Lyman Phillips, from the esteemed firm of Frederick Law Olmsted, to design the basic infrastructure of streams, ponds and trails while they focused their efforts on assembling one of the most outstanding collections of waterlilies and orchids, augmenting native vegetation with ornamental plants and exotic specimens from around the world. By the 1940’s, more than 100,000 tourists were visiting the Gardens each year, deeming it one of Florida’s earliest and most popular natural attractions.

With a renewed focus on native horticulture, the Garden remains true to its jungle heritage, featuring 10,000 native and tropical plants as well as one of the area's largest collections of waterlilies. The Hall of Giants and Spanish Kitchen, historic to the Garden, were both meticulously restored to Sexton’s original vision, and in 2002 the United State’s first permitted bamboo structure was built on site.

McKee was featured on the cover of Southern Living Magazine's February 2020 issue and was included in the feature article, "Warm Getaways" that highlighted Vero Beach, Anna Maria Island and Apalachicola. McKee has garnered national attention in publications such as Better Homes and Gardens, Coastal Living, House and Garden, Southern Living and The New York Times, and was named one of "22 Secret Gardens – Soothing Places of Surprise and Sanctuary in the U.S. and Canada" by National Geographic Traveler. It is also listed on the National Register of Historic Places and endorsed by The Garden Conservancy as a project of national significance.

In January 2020, McKee Botanical Garden opened its new Children's Garden, an enchanting garden where families can delight in nature as they set out on a whimsical adventure sure to inspire young and old alike. The features include the Scorpion pirate shipwreck in the Grand Discovery Tree, Music Maze, Blue Crab Reading Circle and Stumpery, Karst Splash Pad, Fairy Forest and Waterlily Fountain.

Children who visit are also encouraged to navigate their own Garden adventure with one of McKee's Garden Discovery Backpacks. Each backpack contains age-appropriate educational materials and tools to create their very own Garden adventure. Five themes are available: Garden Explorer, Things with Wings, It's a Bug's World, Plantastic and Survival: Lost in the Jungle. Backpacks can be checked out at Garden Admissions for no additional cost and may be enjoyed during the visit.