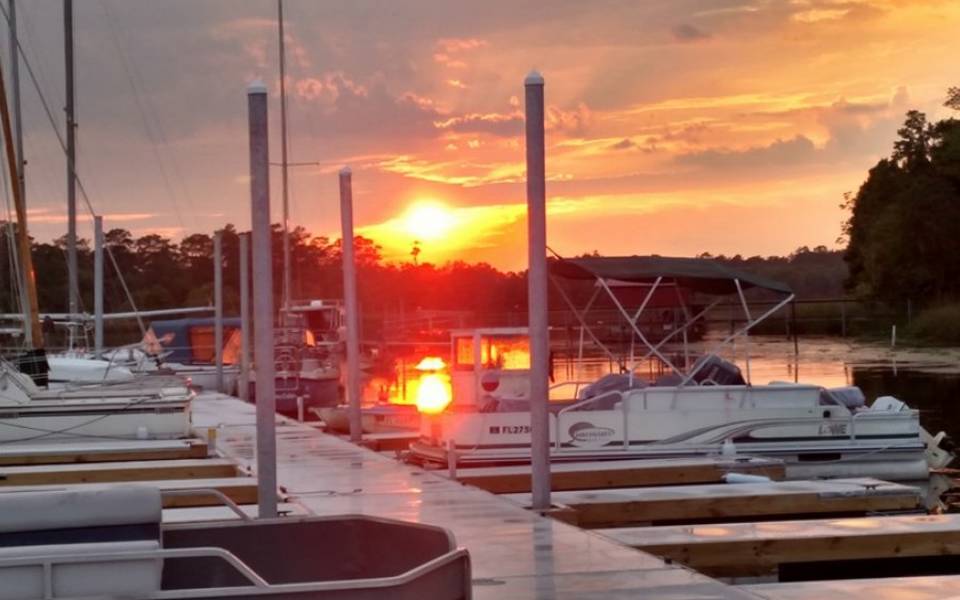 Details Likes
Welcome to Shell Island Fish Camp, a family owned and operated piece of old Florida located in the quaint fishing village of St. Marks, Florida. The camp overlooks the pristine Wakulla River, which features a well-marked, easy to run channel. Just 18 miles south of Tallahassee on State Road 363, Shell Island has been in Hobbs/Bevis family since http://1962.Shell Island Fish Camp has been owned and operated by the Hobbs family since 1962. Bo Lynn of St. Marks started the camp in the mid 1950’s. At that time, the camp was very primitive with just 11 cabins (built in 1951), and nine small wooden skiffs that were used as rentals. Lynn’s widow sold the camp to Rufus Bullock after Lynn drowned in a goose hunting accident. The Bullock family owned the camp for five years, and then sold it to Alex and Gazzie Hobbs, along with Gazzie’s sister Ruby Huff and her husband, Winton Huff. According to Alex’s son Allen Hobbs, “We were living in North Georgia at the time, and dad came down fishing one too many times.” In 1969 Alex and Gazzie bought Winton and Ruby out, and became the sole owners of the http://camp.Scan5 After Alex and Gazzie bought the camp, it truly became a family affair. The Hobbs clan began running the operation, including Alex’s son Allen. Ken Hobbs, Alex’s nephew, came down from Georgia and moved in with the family to help out as well. Ken never left until his retirement in 2010 after over 40 years at the camp. In 1988, Allen &amp; Ruthie took over the camp from Alex &amp; Gazzie, so the elder Hobbs could retire. In 1992 Allen &amp; Ruthie built the 1st 16 motel rooms and a smaller group of motel rooms in 1996. After Hurricane Dennis came through in 2005, Allen and Ruthie added five Park Models to the camp’s lodging, which now includes 24 motel rooms, four cabins and the five Park Models. Jimmy Bevis (Allen's Nephew) along with Sherie, his wife and Emily, their daughter, joined the family business as camp manager. In 2010, Allen and Ruthie retired and left the camp in the capable hands of Jimmy and Sherie. Many fish tales have been shared over the years in the “old-fashioned fish camp store”, one of the oldest structures at the camp. The store is fully stocked with everything you need to make your fishing trip a success, including live, frozen and artificial bait, fishing rods and tackle, beer, snacks, souvenirs, and fishing licenses. According to Allen, the store was built in 1953 or 54, and they have tried to keep it as authentic as possible. “Its’ been through several storms, but has weathered each one quite well,” says Hobbs. Scan3As you can see, Shell Island Fish Camp is definitely a family business, and the Hobbs/Bevis plan to keep it that way for as long as they possibly can. We’re proud of the fact that we are one of the oldest fish camps in Florida, and we want to maintain the old-fashioned feel of the camp, as well as the old-fashioned values. When you’re at Shell Island Fish Camp, you’re just another member of the family.”